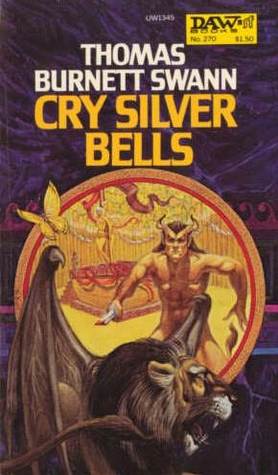 A delectable fantasia of the mythical past. It is the story of the last of the fabled Minotaurs, a tale of the shadowy world of Minoan Crete, of the pre-humans who found refuge there, and of wanderers who came among them.......

Daughter of Troy: A Magnificent Saga of Courage, Betrayal, Devotion, and Destiny

Day of the Minotaur

The Sword of No-Sword: Life of the Master Warrior Tesshu

Faery Wicca, Book 1: Theory and Magick, a Book of Shadows and Lights (The Ancient Oral Faery Tradition of Ireland) (Bk.1)

Thomas Burnett Swann was best known as the author of numerous fantasies published in the 1960s and ’70s. Many of his bucolic tales were set in the Ancient World and populated by mythic creatures. His best-known works include the novel DAY OF THE MINOTAUR and the shorter works “Where Is the Bird of Fire?” and “The Manor of Roses,” all nominated for Hugo Awards. Swann was also a poet, professor, and