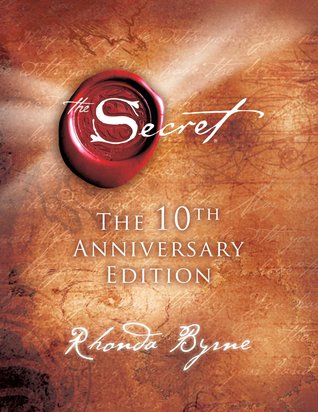 The Secret’s 10th Anniversary Edition includes a new foreword by Rhonda Byrne, and 10 of the most life-changing insights she’s had over the last 10 years of practicing and living The Secret every day. The 10 insights alone will accelerate your understanding and mastery of the law of attraction.

You Can Heal Your Life

The Four Agreements: A Practical Guide to Personal Freedom

The Power of Your Subconscious Mind

How to Win Friends and Influence People

The Power of Now: A Guide to Spiritual Enlightenment

The Subtle Art of Not Giving a F*ck: A Counterintuitive Approach to Living a Good Life

The Power of Positive Thinking

Rhonda Byrne is an Australian television writer and producer, best known for her New Thought works, The Secreta book and a film by the same name. By the Spring of 2007 the book had sold almost 4 million copies, and the DVD had sold more than 2 million copies. She has also been a producer for Sensing Murder. According to an article published by Australia's Herald Sun, Byrne has also worked on the