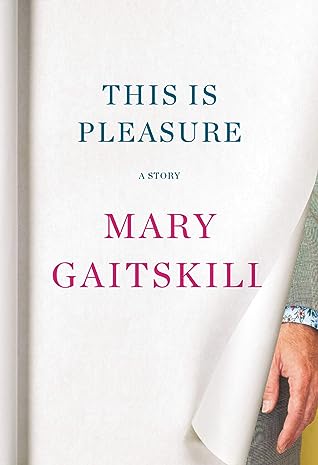 Starting with 'Bad Behavior' in the 1980s, Mary Gaitskill has been writing about gender relations with searing, even prophetic honesty. In 'This Is Pleasure', she considers our present moment through the lens of a particular #MeToo incident.

The effervescent, well-dressed Quin, a successful book editor and fixture on the New York arts scene, has been accused of repeated, unforgivable transgressions towards the women in his orbit. But, are they unforgivable? And who has the right to forgive him? To Quin's friend Margot, the wrongdoing is less clear. Alternating between Quin's and Margot's voices and perspectives, Gaitskill creates a nuanced tragicomedy, one that reveals her characters as whole persons - hurtful and hurting, infuriating and touching, and always deeply recognizable.

Gaitskill has said that fiction is the only way she can approach this subject since it is too emotionally faceted to treat in the more rational essay form. Her compliment to her characters - and to her readers - is that they are unvarnished and real. Her belief in our ability to understand them, even when we don't always admire them, is a gesture of genuine humanity from one of our greatest contemporary writers.

Readers Also Enjoyed This Is Pleasure

The Day She Died

How the Dead Live

She Must Be Mad

The Cry of the Owl

The Third Rainbow Girl: The Long Life of a Double Murder in Appalachia

This Is Pleasure Reviews

Mary Gaitskill is an American author of essays, short stories and novels. Her work has appeared in The New Yorker, Harper's Magazine, Esquire, The Best American Short Stories (1993 and 2006), and The O. Henry Prize Stories (1998). She married writer Peter Trachtenberg in 2001. As of 2005, she lived in New York City; Gaitskill has previously lived in Toronto, San Francisco, and Marin County, CA, as